In writing, the term "kill your darlings" refers to a writer's ability to cut content—even the content they love the most—to serve the overall story.

In fiction, I think I'm okay at doing this.

For example, did you know there's an entire draft version of Starbreaker where one of the main POV character's is Wanda? 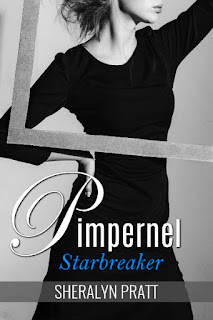 Oh, the stuff she shows you! And her hilarity is its own brand.

But 100% of it got cut to serve the overall story—as were the Jack and Kali POVs throughout the main body of the story.

Wanda's POV got cut because it raised far more questions than it answered, all while distracting away from the point of the actual story.

Jack and Kali's POVs got cut because they bogged the pace and reduced tension with their interruptions.

Was there stuff in those points of view I wanted to keep?

Was there stuff in there you would have liked to read?

But a storyteller's job is to tell a story, not include chapters according to what their favorite parts are. 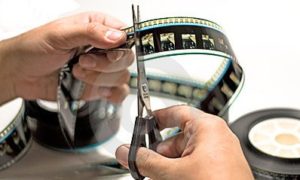 Every day, great lines get cut from productions, awesome scenes get removed, and pivotal exchanges stay behind the scenes.

Because that's how magic works.

I know a few magicians who are moving from the realm up up-close magic to full stage productions. Uncounted hours of work and meticulous setup, all in the name of pulling off 15 minutes of entertainment.

And there is constant editing and cutting in the name of making future shows better and better.

Why am I talking about this?

And, sometimes? We have to kill our darlings in real life.

Not people, of course, but what we consider to be our best ideas ... those thoughts that charm us and whisper that they have the potential to be great, even though their final trick is something no one would line up to see.

Sometimes, our darlings are life hacks so nerdy that people don't even know what they supposed to see when you say, "Ta-da!" to draw attention to what you've revealed miraculously.

You just pulled off a trick to such a degree that everyone watching is like, "Wait ... what? I'm confused. What am I supposed to see?"

That's when you're reminded that there's a difference between "looking" and "seeing."

Because we all have things we see where we can't help but think, "Am I the only one seeing this?"

The list of things we see through diverse eyes is pretty endless. But, going back to the idea of killing darlings, focusing on these things we see (and how we see them) and trying to get others to see like that shouldn't necessarily be a narrative that makes it into our life's final draft.

I'm learning (a bit late, I grant you) that it might just be that those things stay in the realm of "magic."

For example, someone might have a knack for always seeing if pictures are hung crooked... 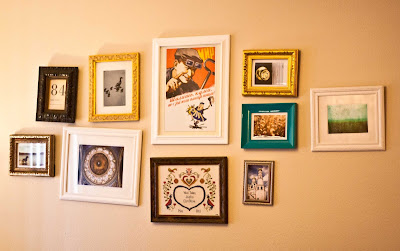 ... but not many people are all that interested in someone who lectures about straightening pictures. That said, most people also don't mind if their pictures are miraculously straightened while they aren't looking. (Or they might not even notice.)

That's because some things in life are better left as being known as your personal magic than your personally branded lecture series.

Life's just more fun that way, and life is more fun for everyone when we find ways to turn hard work in to play.

Why am I saying all this?

Well, because it's time for me to kill a darling, and I guess I'm feeling a little melodramatic about it.

You see, I've been working on deconstructing a very specific magic trick over the past 3 years, or so. And I've put a ton of time into it—definitely more than 3 years worth of part-time jobs.

... until one day a base recipe underscoring all the iterations suddenly starts to appear: My very own personal recipe for spotting metaphorical crooked pictures, with detailed instructions on how to straighten them.

Gosh. Who wouldn't want such a recipe? amiright? ;)

I can tell you from personal experience that when you discover the linchpin of a magic trick all on your own, in that celebratory moment of discovery, that thought makes perfect sense.

Once I had my recipe, my inner-nerd was like, "THIS IS GREAT! EVERYONE SHOULD KNOW THIS!"

Sometimes it's great that you've learned to spell out a thing, but the price you must pay is that your demand for a solution was always, basically, a party of one.

Because, in business, there's whole thing called "demand." And if your great idea has no existing audience, you can either go-for-broke trying to create one, or you can accept the fact that its time to kill a business darling.

That's where I am.

And the darling I must leave on the cutting room floor (for now) are the 8 Major Conversational Tones.

I am, of course, primed to reverse this decision at any time. But the fact is that I can count the interest-level for this "picture-straightening course" on one hand, and I'm a grown adult who has to make a living.

So, for this phase of my life, the 8 Major Tones goes to the cutting room floor—even though I've been ramping up to launch it this week for an all-in shot ... sometimes you've just got to read the tea leaves and move to the flow that isn't going to leave you high-and-dry, playing King of the Hill out in the middle of nowhere while clinging to your own, personal lecture series.

It's not a winning look.

If you find yourself on that path, I'd have to say that it's worth sitting down with yourself and taking an honest personal inventory about why you feel the need to do what you're doing.

In my case, the aftermath of how social dynamics changed during and after the 2016 election was insanely disruptive to me. And my motive in creating my system was to show people how it happened the first time and how it's ramping up to happen again—like an aftershock that may or may not be as disruptive as the first one.

I may not be able to change WHAT happens, but I can highlight the HOW of it by revealing how the "magic tricks" are done.

But lives are busy, and even the high IQs I know found the content I was presenting steep, so... yeah...

So I'll be pressing pause on the 8 Major Conversational Tones, while creating an introductory page to how I was thinking to pull the concept off before moving on to other things.

If my little eulogy for this particular darling has caught your interest, you can see the concept page with the basics of the 8 Conversational Tones concept and how I was planning to roll it out here.

Feel free to check it out!

The 8 Major Tones might be some of my best work, but in the realm of real-world darlings, it's about to become a casualty ... because maybe art and life aren't as different as we'd like to think.

Also, a reminder that all 3 Pimpernel books are available in ebook and paperbacks, and free reads on Kindle Unlimited.
Posted by The Writer at 2:44 PM

LEARN MORE ABOUT BUILDING YOUR BRAND

Are you interested in a podcast of randomly interviewed subject matter experts I meet on the road?